We welcome you to Waipara Valley to enjoy our vineyard, a glass of wine with family and friends, dine in a comfortable elegant setting overlooking the vines to celebrate life, family, birthdays, anniversaries and weddings or just because you can.

Free Shipping for any Order of 6 bottles or More
So you can enjoy our wine at Home...

Our Outdoor Area provides Kids Playground & we are dog friendly also
(our dog Willow is always looking for a playmate). 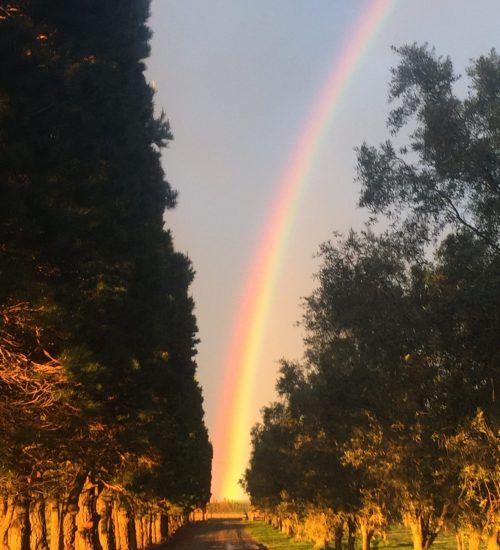 Fiddler’s Green is in 19th-century maritime folklore describing a kind of hereafter for sailors, where there is perpetual mirth, a fiddle that never stops playing, the wine never stops flowing and dancers never tire.

Fiddler’s Green lore states “a sailor can find this paradisiacal land by walking inland with an oar over his shoulder until he finds a place where people ask him what he’s carrying.”  Fiddler’s Green is where the Rath family has found their heaven on earth to produce fine wines & dining for sailors and land lovers alike.

Fiddler's Green Vineyard is proud to be served at The New Zealand House in the 2021 America's Cup Village in Auckland.

Fiddler's Green Vineyard is proud to be served at The New Zealand House in the 2021 America's Cup Village in Auckland.

Opposite the Flash Waipara Hills is s road that leads to Fiddlers Green. You should go! Small and intimate family-run and well worth the trip. Great Food. Fabulous service. And many wines. Very affordable and a highlight of our weekend away. Wine tastings throughout the meal with 5 different wines. Can not recommend Fiddlers Green more highly. Truely a hidden gem.

Thanks so much for the wonderful food and wine. Love the little kid's area. It was great for our young boy to play on. We'll be back!!

This is an exceptional dining experience! Service was informal but lots of wine knowledge, extensive wine list, of local wines.. the meals were beautifully presented and flavors were unique. We’ll definitely be back. Thank you!

Friendly service, expensive but great quality and tasty food. A real gem for North Canterbury! Skip the dessert and try one of the many great local wines on the extensive wine list.

We had such a wonderful time! The food and the food selection was amazing, the beverage list endless, the hosts were so genuine and the setting beautiful. I highly recommend Fiddlers Green and we will certainly be back. What a great addition to North Canterbury.